The History of Air Conditioning and How it Works 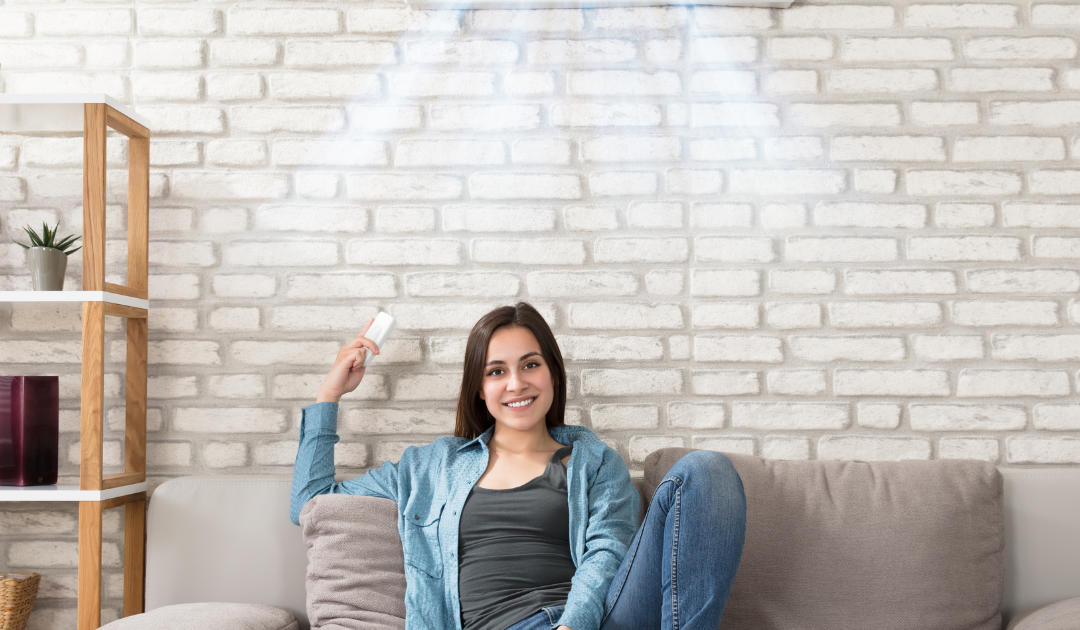 87% of homes in the USA have air conditioning, according to the Energy Information Association. With these systems being a norm, many of us take controlling our environment’s temperature for granted. We are blessed with cooled buildings to escape to on a hot day, while other areas worldwide are forced to interact with the elements much more.

When we stop to think and appreciate our AC units, it may lead us to think, “How do air conditioners work?” or even “Who invented the air conditioner?” Our B&E team has dedicated our careers to learning how to make your home more comfortable through mechanisms such as these cooling units. Therefore, we have spent time learning how these machines came to be how they are today.

Let’s go on a journey from how these cooling systems started in Ancient Egypt 2600 BC to their effects today in 2021.

How do Air Conditioners Work

Before we get into the history of air conditioning, it’s critical to understand how these devices operate. While many think that these units only blow cool air, they are actually moving heat. These systems remove the heat and, humidity in the air from your home, cooling and, drying the air as the system moves the heat. The heat and humidity are then moved outside of the building.

Let’s take a closer look at what your HVAC consists of to better understand how this works. There are different types of air conditioning units, but most consist of the same essential pieces:

Not only are these pieces that make up this system essential for keeping us cool indoors, but they have become fundamental for the health and wellbeing of society. Air conditioning is used for actions such as storing medicine, transporting food, and helping preserve historical artifacts. Without this invention, our lives would look very different today.

While these systems may seem complex, the concept of creating a cool environment by removing heat isn’t a new concept. In fact, it’s been around for thousands of years!

The Ancient Egyptians understood and used “evaporative cooling” in 2600 BC. They would hang wet cloth and plants in their windows. As the breeze passed through, cooled air would blow into their space. One could say they invented the first A/C window unit!

In 312 BC, the Ancient Romans invented aqueducts. The cool water would circulate their homes through the floor and ceiling, absorbing heat.

Fast forward to the 1750s when Benjamin Franklin utilized various inconsistent liquids such as alcohol to evaporate heat. Give it a try yourself! Swab some rubbing alcohol on your skin. Can you feel the cooling effects as it evaporates?

In the 1830’s Dr. John Gorrie experimented by using compression to make buckets of ice to blow air over as a new cooling device for the hospital. The doctor tried to patent his new machine, but unfortunately, the world couldn’t accept his idea. In the past, many rejected the concept of air conditioning or controlling the weather because it went against “God’s Will“.

Refrigeration became more widely used in the 1850s to store and transport food. This concept backed the very important development of the ice cream cone, where the sweet treat could finally be sold in stores.

Who Invented the Air Conditioner?

In 1902, Willis Carrier became the father of modern air conditioning. His legacy continues today as a worldwide HVAC equipment name, Carrier. The New York native started his career by running a publishing company.

During the hot and muggy summers, he experienced issues with his printing machines, where the ink would bleed together due to the humidity. Carrier actively set out to identify ways to fix the dilemma.

The epiphany came to him on a foggy morning on a train platform. The sight helped him realize that he could control and adjust specific levels of moisture and heat in the air. While the engineer received his patent for the modern AC in 1906, he didn’t stop making improvements to the invention.

By the 1920’s he made significant improvements to the device and started selling them commercially. By 1925, the first movie theatre unit was installed in the Rivoli Theatre. Here, people flocked to escape the dog days of summer. Units were then used to boost essential manufactured goods such as wartime supplies. From then on, air conditioners had changed American society.

Air Conditioning in the Future

Today, people are looking more and more towards energy-efficient options to help slow the effects of climate change. Researchers around the globe are pouring their resources to find alternatives to energy-intensive HVAC systems. From clean and renewable energy sources to using the cold from outer space, we are expecting great things in the future of cooling technology!

The next time you blast your AC on a hot summer’s day, think about all of the thoughts and processes that went into developing this phenomenal device. It’s in our human nature to feel comfortable, and with each turning year, there are more concepts to make the most of these systems. Were you surprised about the history of air conditioning? Let us know on Instagram!